Gemstone’s president Josh Zaret has joined an exceptional team of volunteers at Queensway Carleton Hospital Foundation. Josh is part of QCH Foundation’s Cabinet – a committed group of supporters who are opening doors and changing lives.

The busy entrepreneur runs one of Ottawa’s premier custom home builders, is a father of three young children, and finds the time to participate in two life-saving charities. In addition to QCH Foundation, Josh volunteers with the Ezer Mizion bone marrow donor registry. He raised $150,000 for the organization, and his work is credited with saving six lives.

While Gemstone builds homes and communities, Josh builds connections: between people, between groups, between those in need and those who can help. Read more about the inspiration for his work with QCH Foundation here. 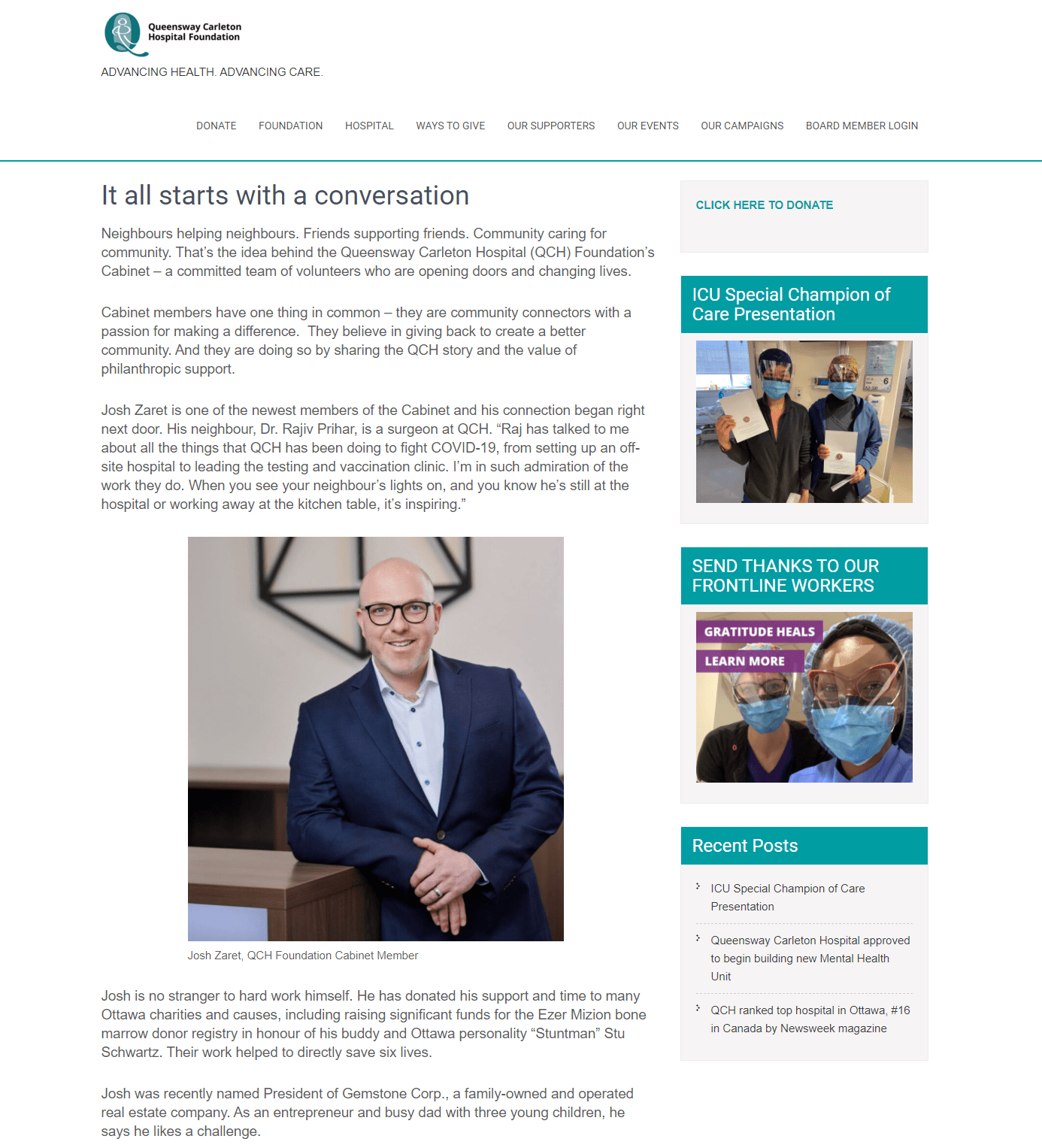